Spoiler:
Edit: I wish to make clear this is not the end for Spigot. We will keep on developing and we will keep on fighting. It is only a short matter of time before things will be sorted out. The Minecraft server community has not come this far over this many years to be killed by a single blow from a disgruntled developer.

It is with a heavy heart this morning that I announce that in response to the DMCA takedown notices issued by Wesley Wolfe (Wolvereness), a current [Craft]Bukkit developer, that we have removed downloads to Spigot from our public Jenkins build server located at http://ci.md-5.net/job/Spigot. Additionally access to the Spigot source code repository (formerly located at https://github.com/SpigotMC/) has been forcibly removed from GitHub following a similar DMCA takedown.

This decision is not one that has been made lightly, but is one which has been made based on a number of factors. Following extensive legal counsel and advice from our attorney we were presented with a number of options we could take, including issuing a series of DMCA counter notices which had been prepared. This morning an assembly of the extended Spigot team, including our forum moderators, developers and IRC staff took part in a vote to decide the appropriate course of action. I abstained from this vote, however the outcome was unanimous and we have decided not to issue this counter notice, and instead take down the allegedly infringing material. It is by taking these steps, we believe, that the Spigot project stands the best chance of continuing to operate long into the future.

Fighting a legal battle is all about risk, and no matter how solid we or our legal counsel believe our case to be, there is always the element of risk. A copyright lawsuit within the United States of America must be conducted within a Federal District Court, an activity which results in the potential for extreme risk and expense to all parties involved. A number of factors have gone into play here, and ultimately we have decided that if we wish to resume business as usual, this could indeed prove extremely counter productive to our cause.

If there is one thing which has been observed by server owners and players alike, it is that the game which we all love, Minecraft, is best played with others and best played with friends. To this end, we have been in contact with Mojang, whose copyrighted material Mr Wolfe alleges is infringed upon, and they have come to the conclusion that these “allegations are therefore wholly unfounded”, and furthermore “we [Mojang] do not support people asserting rights which they do not have, against us or others”. This is a sentiment which you can find publicly expressed in the following statement by Vu Bui, the Chief Operating Officer of Mojang AB: http://forums.bukkit.org/threads/mojang-and-the-bukkit-project.309715/.

Ultimately it is not just ourselves who are affected by this disappointing behaviour from Mr Wolfe, but also the other developers who have poured their heart and soul into these projects, the server owners who have built their livelihoods around them, the hundreds of thousands of players who enjoy our work every single day, and of course Mojang, the company which created this game. It is clear that Mojang believes Mr Wolfe “has mischaracterized and misrepresented the[ir] position”, and in the hope that they do what is right, for them and the greater community, we call upon them, and offer our full support in battling these claims.

In the last few days we have been busier than ever in order to provide our full transparency into these matters, and coordinate with legal counsel all over the globe to give ourselves the best shot at winning this. For the support which you have provided as a community, I personally, and the whole staff team, are truly grateful for. I would like to give special thanks to all those who have donated to our legal fund, much of it has been put to good use already. We have taken all donations received within the last two days, matched every dollar donated with fifty cents from our savings, and deposited it into our newly established legal fund. This money will be used solely for legal matters, and we see it as being sufficient to guide us through the uncertain times ahead.

Obviously with the removal of many of our resources, there is going to be all sorts of stuff floating around on the internet. As such we would like to provide some verification of several crucial items provided by our project in the hopes that server owners will be safe, should they manage to find alternate download sources. 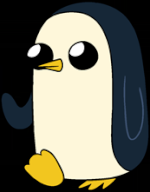